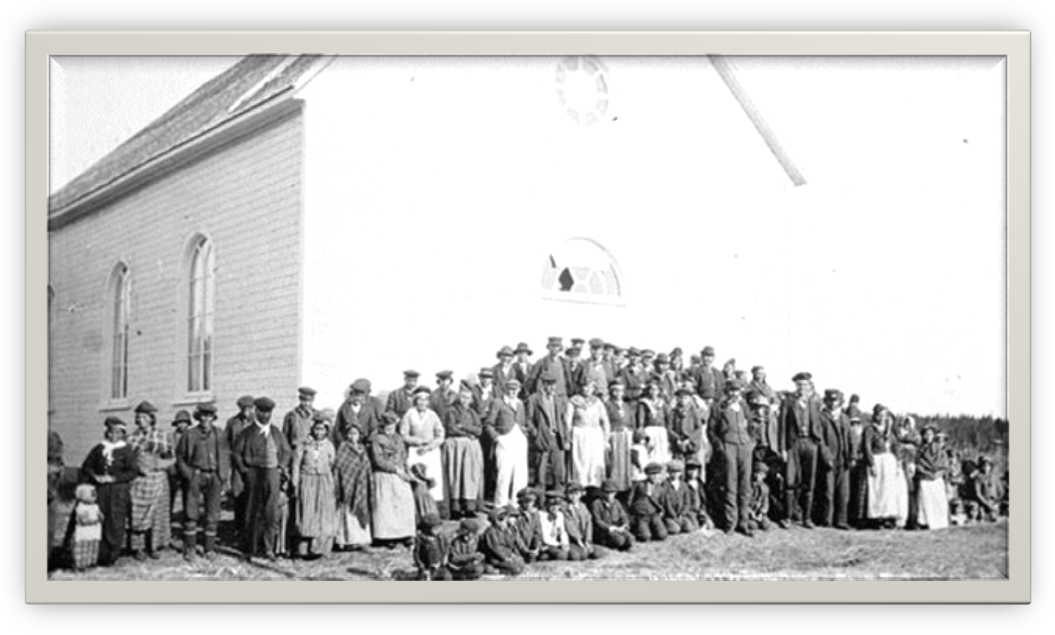 Quebec has eleven Aboriginal nations, divided into fifty-five communities ranging in size from a few hundred to a few thousand people. The Innu are the aboriginal people with the oldest proven historical presence in Quebec, about 10,000 years old, which is significant knowing that after the last period of glaciation, the first migrants from Asia arrived in North America West 12,000 years ago …

The Innu were nomads and their livelihood was based on the products of hunting, fishing and gathering. Their ancestral territory covered the entire region between Quebec City and Labrador and extended as far north as Schefferville. At the end of the 19th century, colonization and the forest industry led to the progressive settlement of the Innu living in the south. Further north, the process does not really begin until the twentieth century and even, in some cases, after 1950. Today, the Innu actively participate in tourism development and the management of the natural resources of their territory, including rivers in Canada. salmon among the most beautiful in the world. In the Innu communities, hunting and trapping are still important activities for both food and their furs. On the political front, two organizations now represent the Innu: Mamu Pakatatau Mamit and Mamuitun in addition to Band Councils for each of the communities.

The name “La Romaine” derives from the Innu word “olomane” or “oromane” meaning “red ocher”, which refers to the reddish color of spring runoff.
In the book “Occupation of the territory by the Montagnais of La Romaine”, we find many information relevant to tourism. Here are some excerpts.
According to the authors and times, Unamen Shipu is sometimes called Olomanshibo, Olomanshipou, Roman River, Great Roman or Olomane. The period of permanent French occupation began in 1661 with the establishment of a limited-time concession (unlike a lordship) with cod fishing, hunting seals and deals with the Indians. Under British rule (1760), fishing rights and stations were transferred to British concessionaires, including Labrador New Concern in 1808. In 1821, with the merger of the North West Company with the Baie-D’Is company Hudson (HBC), the government grants the latter an exclusivity in fishing and fur trading between Tadoussac and Unamen Shipu. East of Unamen Shipu, Labrador New Concern has exclusive fishing rights. After the demise of the monopolies in the 19th century, the first to establish an independent fishing post were Michel Blais de Berthier and M. Hamel in the 1820s in Etamamiu. By 1831, the HBC operated 4 intensive salmon fishing stations at the mouths of the Kegashka, Musquaro, Washicoutai and Uanamen rivers. In 1846 are added the rivers Etamamiu and Coucoutchou.
The missionary presence was observed by the Jesuits, (Father Labrosse in 1769) with the “Montagnais” as far as Musquaro (Mahkuanut) on the Lower North Shore; the Oblates settled in Unamen Shipu in 1844 by visiting the chapels erected next to the trading posts of the HBC including Musquaro where each summer the Montagnais (Innu) families meet there. Thus, in 1844, Father Oblat Fisette met twenty Montagnais families in Musquaro, forty-six adults and thirty-seven children. In 1853, this chapel left Musquaro for the Etamamiu post to accommodate both Montagnais and Canadians (French speakers). It was in 1859 that the HBC abandoned its Musquaro post. Note that a new chapel was built in the 1870s in Musquaro with more and more Montagnais families present in the summer (eg 100 families in 1906). A Catholic mission remained there until 1946. The French had established a fortified trading post in 1710 and the Catholic mission was officially founded in 1800. The first chapel in 1805. The Canadian government recently designated the annual missions of the Innu to Musquaro as an event of national significance as part of the 150th anniversary of Canadian Confederation. 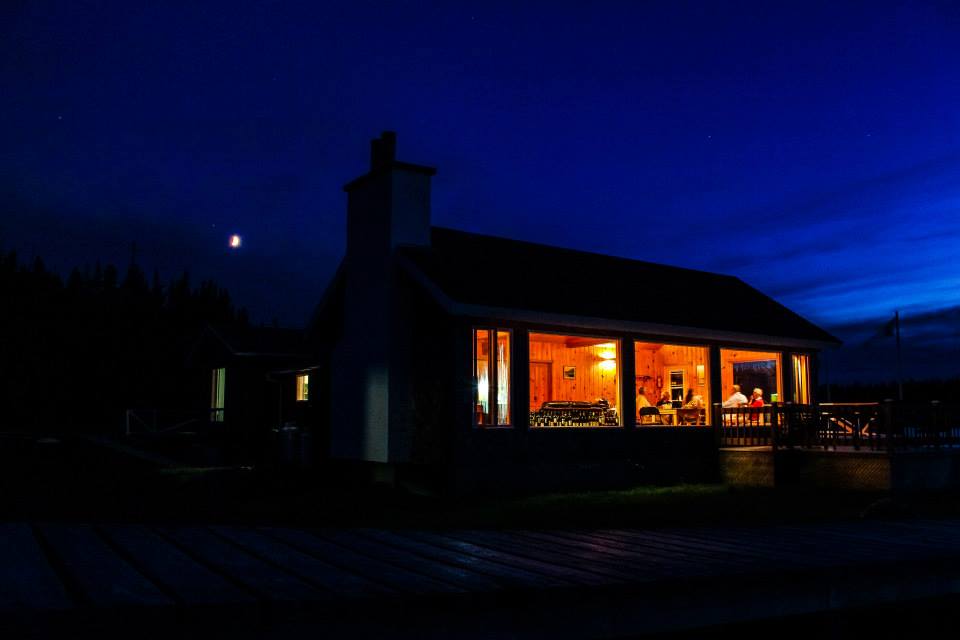 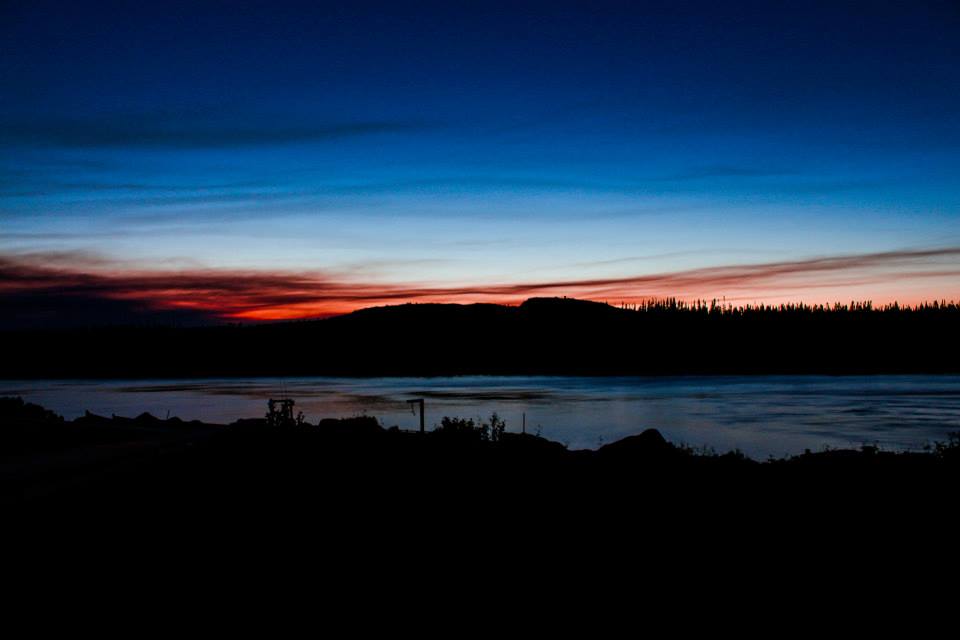 The Innu arrived at the end of spring along the coast at the Unamen Shipu trading post, went to Musquaro for the religious mission, joining the Innu of Nastashkuan, Pukuashipu and Kuekuantshit and then returned to the forest, mainly by the river Coucoutchou which presented easy ways of penetration ….

The increased presence of white fishermen after the end of the monopolies and the leasing to rich foreigners by the Quebec and Ottawa governments of the salmon rivers put a legal end to the Montagnais’ traditional salmon fishing activities. from the end of the 1850s.

We are talking here primarily about the coast because the “Canadian” knowledge of the new residents, traders and missionaries was essentially along the sea and not inland while the Innu lived mainly in the forest, everywhere and deeply in the forest. the territory includes in other sectors other than Unamen Shipu such as Pukuashipu (St. Augustine) and Nataskuanshipu. The notion of border is therefore a recent one on the part of Europeans and new Canadians.

The reserve La Romaine was officially created in 1956 following a complaint from a resident of La Romaine (P. A. Guillemette) who complained that in the summer the dogs of the Indians destroy the gardens and their tents encroach on his land. In the same years, sedentarisation began with the concentration of different families in Unamen Shipu, including the Mark de Coucoutchou. It is also the permanent arrival of Fr. Oblat Joveneau and the Indian Residential School of Sept-Îles for young people from the community. It is difficult to live in houses and not in tents. It is the creation by the federal government of beaver reserves that fragment the forest area by the imposition of a tallyman limiting the access to the resource.